Back in 2001, director/actor Ed Harris was telling reviewers and interviewers interested in his cinematic take on the life, work and death of Jackson Pollock that the abstract expressionist – THE ABSTRACT EXPRESSIONIST – painted because it was his reason for being alive. The sole reason. That his maturity was nil, his social life was nothing and that he couldn’t keep himself sober, calm or still. That actively describes the pure violent joyous savage primal sexualized jazz of his painting, the riffing un-stifled electricity of a man and a brush (or stick or poured and splattered from the can; whatever was handy) looking for constant action. The work is as eruptive as the man’s legendary temper. When you think of Pollock’s first rush of fame and foible, you’re carried back to the immediate post World War II era, Peggy Guggenheim’s legendary Art of This Century Gallery in New York City and a brooding Pollock meeting the keen knowing gaze of Lee Krasner, how together they pushed the unknowing Pollock to the greater unknowing and un-bowing grandeur of his stormy weathered work. Household paints, resin-based alkyd enamels and not an artist’s usual rich oily density, gave the vexing random splatter a fantastically grubby yet royal lightness of being, a rhythm that went with the boppingest jazz despite Pollock’s thunderous personality. Pour came to drip, drip came to fling, fling came to stain, the raw canvas fell to the floor like a sweating panting lover on hardwood and there was a new found passion to painting that was experimental and exciting beyond mere estheticism. Pollock pounced upon the flattened canvas. It was vivid and alive and jiving with the light and chaos of his environment, the light of upper Long Island, New York, works like 1946’s “Eyes in the Heat” and the epics “Number 8” and “Number 8,” “Number 13A: Arabesque” and “Summertime: Number 9A” of 1948. No sooner had he achieved the luster of fame and the lucre of cash – a 1949 spread in Life asked, "Is he the greatest living painter in the United States?" – he changed from colorful drips and splashes to deep dark tones, even blacks, wreaked upon unprimed canvases. The work was thick and brooding like their master, lost in a deeper haze. He died as a result of a greater haze in the throes of alcoholism while driving in 1956 and left a good looking,, if not controversial corpse. Was his work a mere continuation of Surrealism’s automatism? Was it painting just to paint? Was it the work of sheer abandon without an editor? And why has Abstract Expressionism, not just his but that of his contemporaries, gone in and out of style when the atonal avant-garde and frenzied punk rock owes so much to Pollock’s chaotic energy as does Frank Stella’s all-over composition and Richard Serra’s unstructured sculptures? No matter, Jackson Pollock represented never standing still while the lines kept bending. 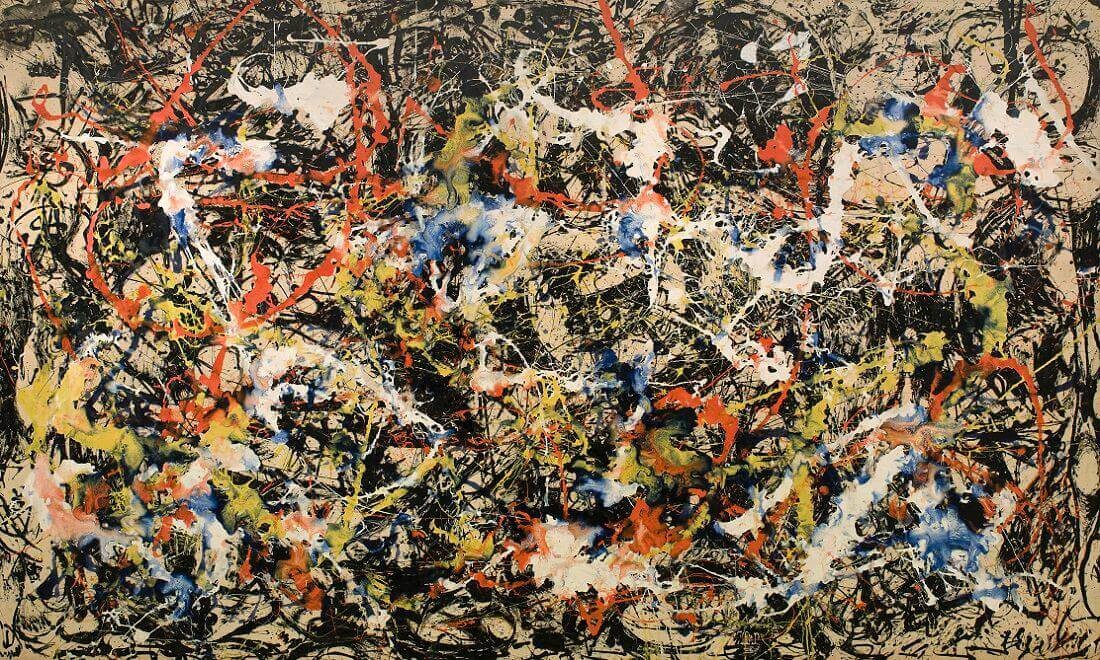 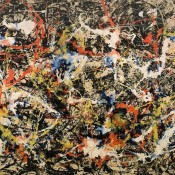 articles by this author